With the 2022 parks and beaches season now behind us, St. Lawrence Parks Commission (SLPC) is pleased to report on continuing progress made on the revitalization of Brown’s Bay Beach and Picnic Area. Phase I of the multi-year project is progressing well, and key components are nearing completion.

As part of Phase I of the Brown’s Bay restoration project, the park will get a new perched beach area thanks to major reconstruction work along the seawall, a new and improved septic system, and one new multi-purpose building including accessible, gender-neutral washrooms, changerooms, and a new canteen.

The first phase of the project was the seawall. It is made using beautiful cut limestone, arranged in steps with flat tops to provide the perfect seating, with two (2) barrier-free ramped entry points to the water. The seawall and ramp entry points have been completed and inspected.

The completed seawall creates an elevated surface for the perched beach. The sand has been poured, the perimeter has been defined with more stone and the beach is done.

The multi-purpose washroom/changeroom/canteen building construction is the next step. Following the archaeology and heritage studies, required under the Ontario Heritage Act, the demolition of the old canteen building has been completed. The project specifications for the new canteen/washroom/changeroom building were put out to tender in September. The contract has been awarded to Kehoe Marine Construction. Once the building is fully constructed, the final sewer and water connections will be completed.

Work will continue at the site into the fall and winter, as weather allows. The project is on schedule for Brown’s Bay Beach and Picnic Area to re-open in 2023. 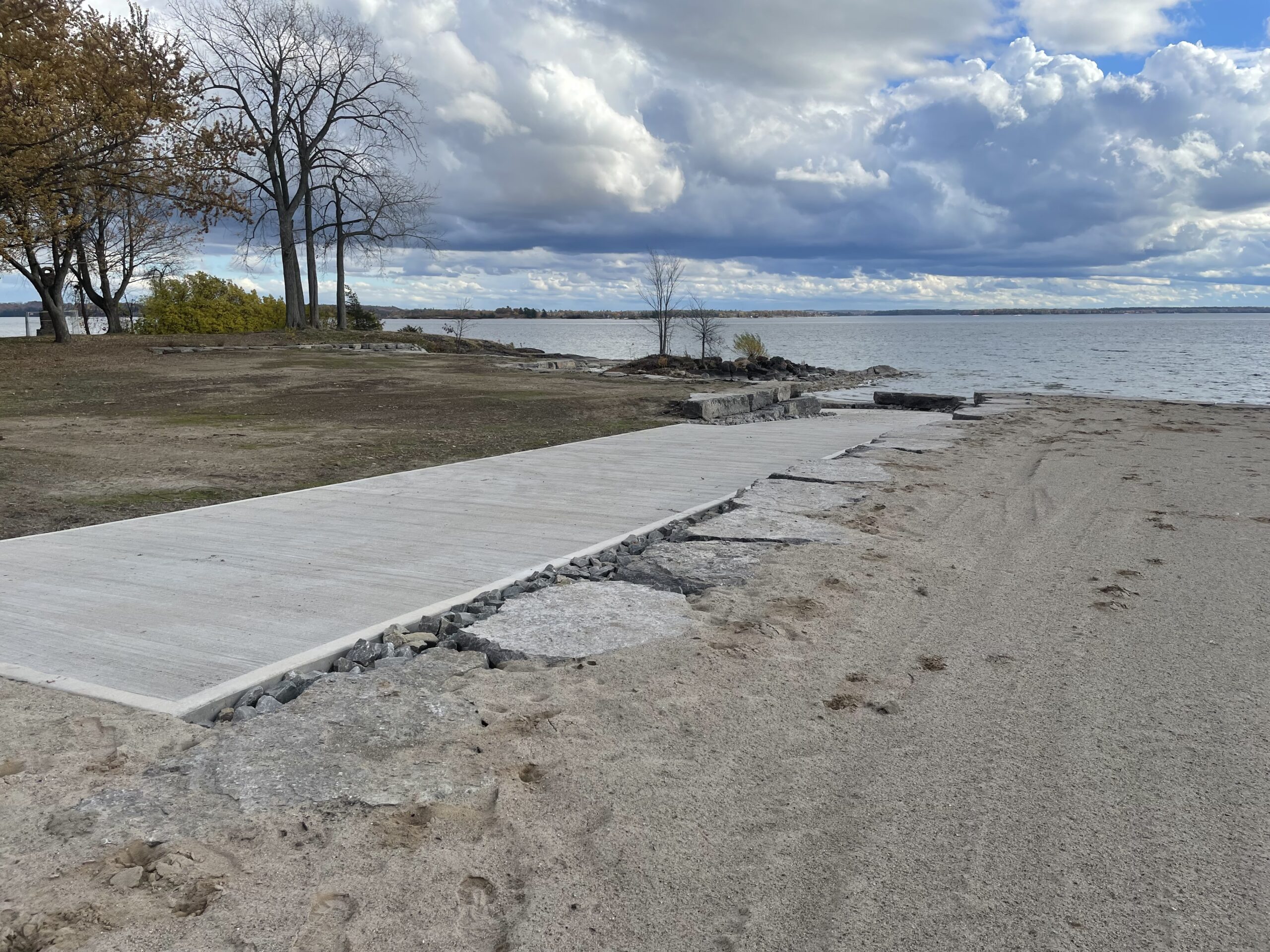 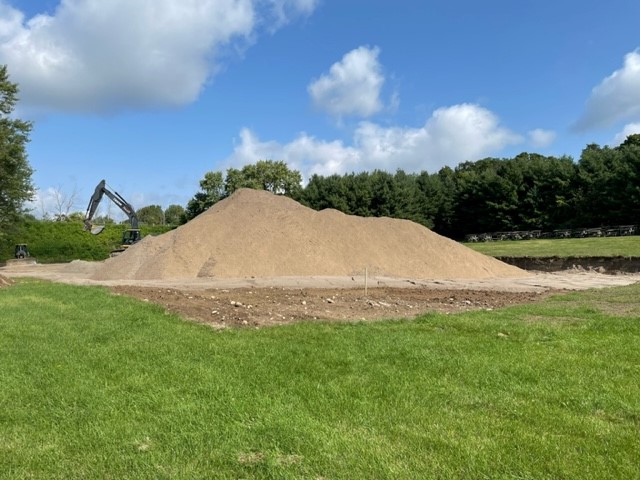 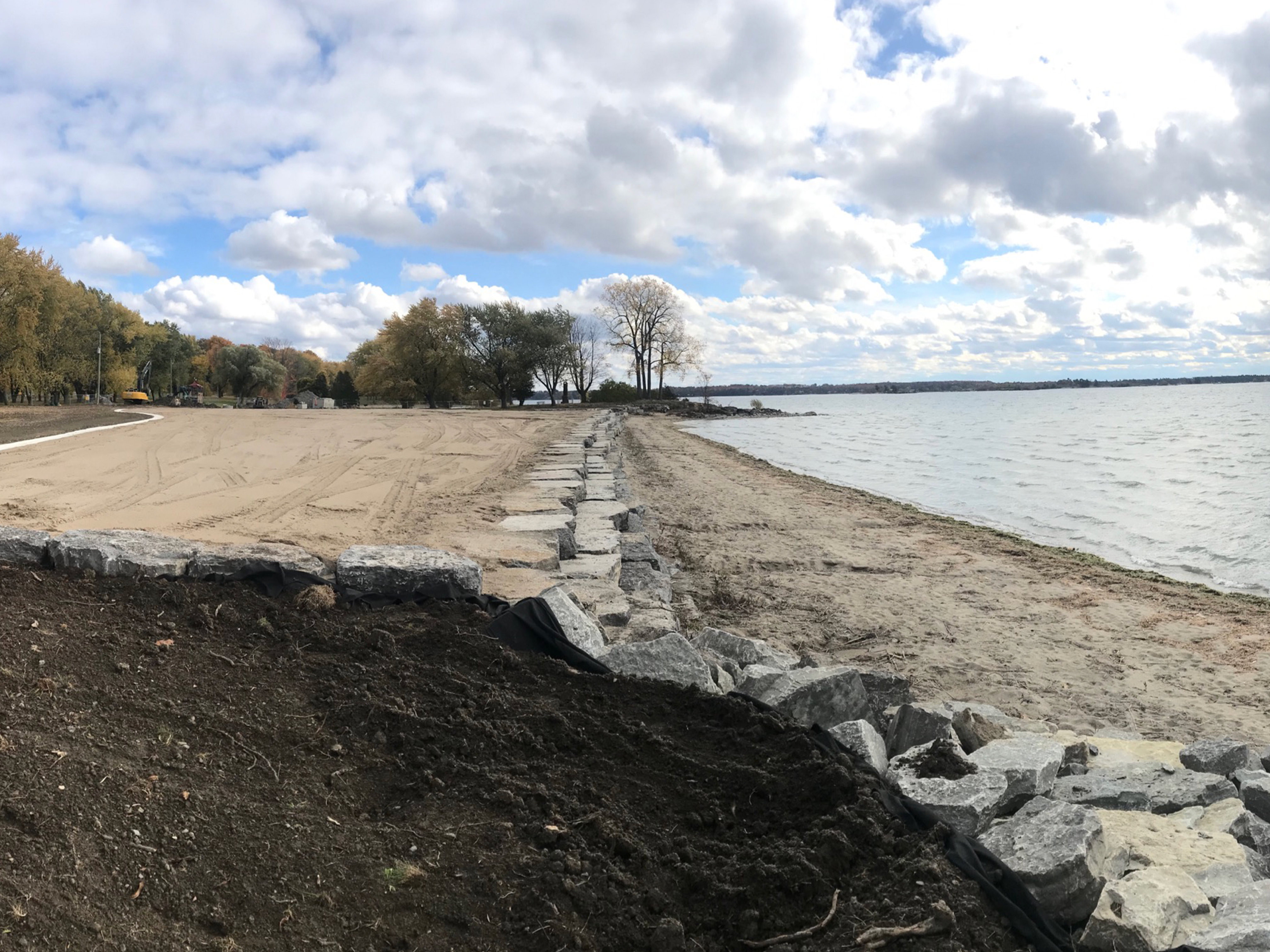