Morrisburg, ON — Volunteers from Community Food Share and staff from Upper Canada Village collected produce from the Village’s heritage gardens and orchards last week to be shared between local foodbanks in Dundas and Stormont counties. Over half a tonne of produce was collected during the annual tradition, including 400lbs of potatoes. 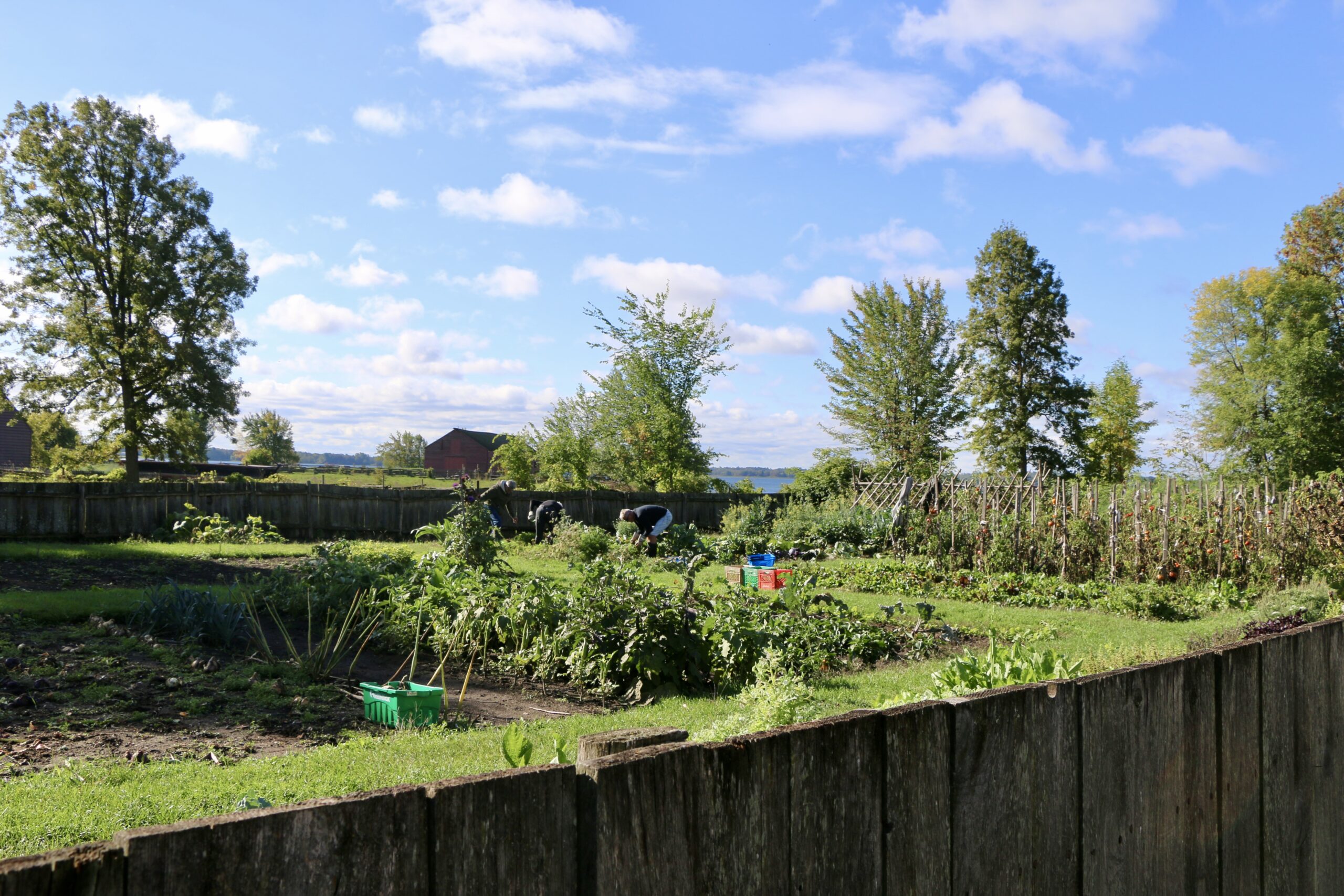 Several varieties of tomatoes, kale and carrots were harvested along with radishes, bell peppers, cabbage, celery, turnips and beets, all heirloom varieties of vegetables, period specific to the 1860s. Phil Hosick, Lead Horticulturalist at Upper Canada Village, noted that this was a particularly good year for onions, potatoes and tomatoes.

During the summer operating season, guests at Upper Canada Village can visit the working kitchens at the Loucks Farm and Tenant Farm that use the produce grown in heirloom gardens throughout the Village.

The gleaning began in 2016 with Community Food Share and past Village supervisor Bruce Henbest, working together to plan to harvest food from the gardens of the Village to be used by area food banks.

Depicting life in a rural English Canadian setting during the year 1866, Upper Canada Village is one of the largest living-history museums in Canada. It was founded in 1961 and features more than 40 historic buildings, many of which were moved to the Village from the “Lost Villages” to preserve them prior to the flooding for the St. Lawrence Seaway development project. Talented historical interpreters bring these buildings to life every day, recreating traditional trades, farming, music and 19th century social life – creating an immersive guest experience that makes every visit to the Village different from the last.