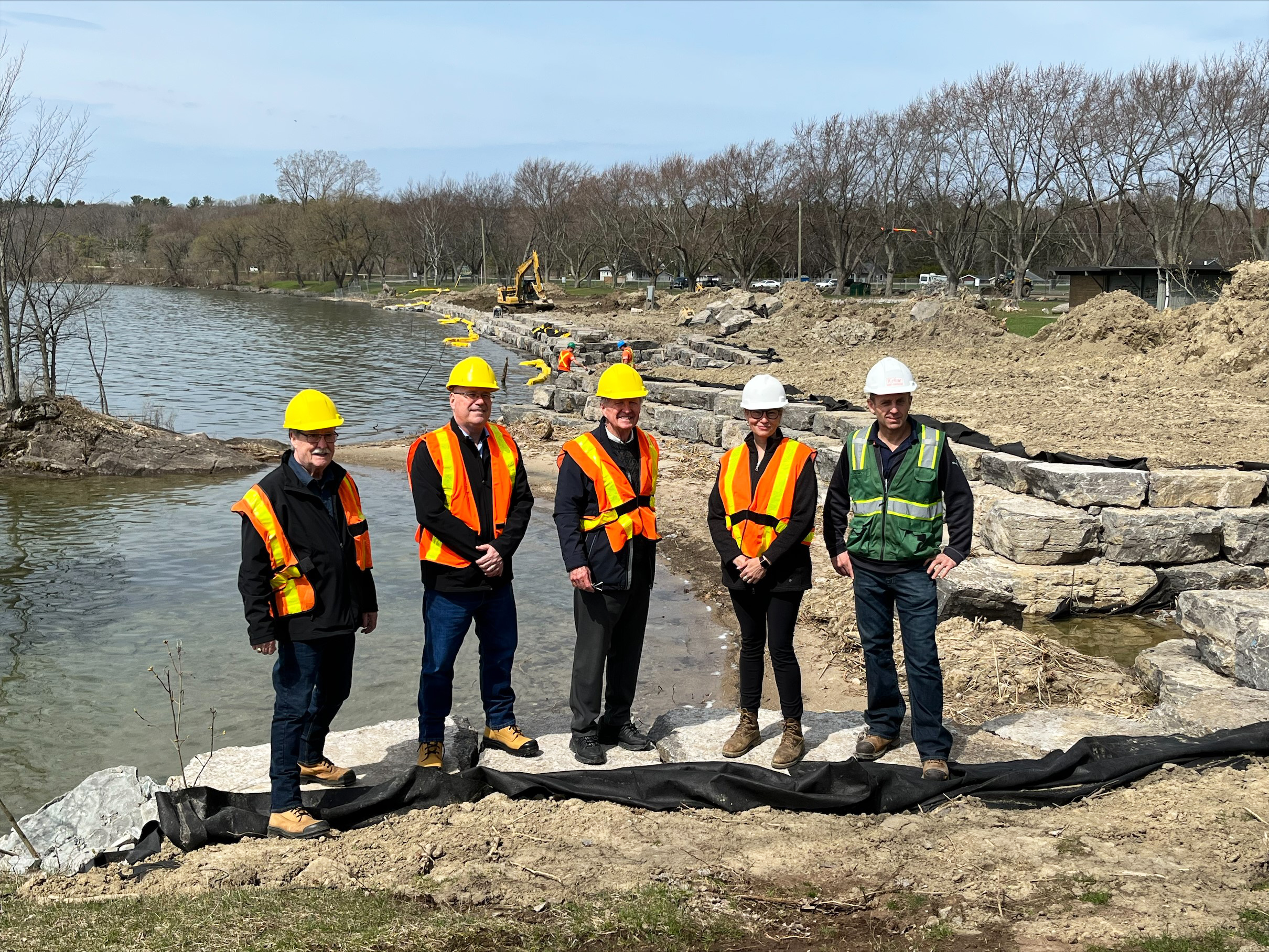 Mallorytown, ON — Spring has come to St. Lawrence Parks Commission’s (SLPC) oldest park, Brown’s Bay Beach and with it comes more progress by local contractors on the first phase of the park’s multi-year infrastructure revitalization project that will require the park to be closed this season. Brown’s Bay is the first SLPC beach to undergo revitalization, as part of planned upgrades to all parks, fulfilling strategic objectives set out in SLPC’s new strategic plan, Strengthening our Foundation for a Sustainable Future (2021-2026).

This phase of the restoration includes key infrastructure upgrades including new accessible, gender-neutral washrooms and changerooms, a new canteen, a reconstruction of a portion of the seawall, and a new and improved septic system.

The reconstruction of a portion of the seawall has been underway since mid-March 2022, including laying stone to fortify the seawall; initially in the water and now continuing onshore. The seawall construction is anticipated to be completed in June 2022.

Demolition of the old washroom and canteen building will start later this spring, with new building and septic system construction on track to begin before summer. The site is currently being prepared for the removal of the current septic system, to be followed by the installation of the new system. All work is anticipated to be completed by the end of 2022.

The updates in progress at Brown’s Bay are extensive, with significant construction areas in multiple locations within the park. As an organization that has adopted a “safety-first” culture at all its sites, SLPC has conducted a health and safety evaluation of the construction plans in consultation with the project contractors and consultants. As a result of these discussions, SLPC has determined that the park will be unsafe for guests during the construction period this season. As such, the park – including camping, picnic areas and the beach – will be closed for the 2022 season. A re-opening will be planned for the spring of 2023.

This revitalization project represents a key investment in the Brown’s Bay infrastructure and sustainability. When the construction is complete, the park will be a revitalized asset to the community, and will be a highlight for visitors to the area.

Have a Question?
Get in Touch With Us!